Steve Dean was born and still lives in the city of Nottingham in the UK. He began to read at a very early age and soon became an avid consumer of genre fiction. Over the years, he tried several jobs before ending up in IT support. During this time, Steve began writing his own fiction, eventually becoming a full-time freelancer. In the last twenty-five years, Steve has created a wide range of works, including science fiction and fantasy novels, short stories, and material for a variety of tabletop and video games.

Inspired by many of the top names in genre fiction, his stories are filled with action and adventure but are always told through the eyes of fully-rounded and deep characters. Humour is also important to Steve, whether in his full-on and more adult comedies, or just the occasional lighter moments in the darkest of tales.

When not dreaming up strange monsters and robots, Steve plays tabletop and video role-playing games far too much, watches science fiction as well as science and technology documentaries, and reads from his ever-growing library of genre novels. Just for a change, he also grows cacti and house plants, makes furniture, and tinkers with computers and other technology. 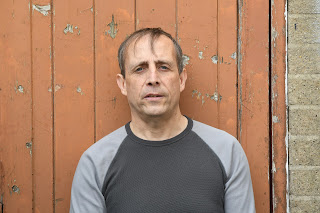