I live in Nottingham with my wife and dogs. I'm a mild mannered freelance writer, and I write science fiction and fantasy short stories, novels, articles and material for table-top and video games. So far I have had about a dozen short stories accepted or published, with my debut novella "Soulkeepers" being released on the 25th of April 2006 by Hadesgate Publications.

My second novel, "The Servicing and Maintenance of Wayland Snowball" was released by Hadesgate Publications in September of 2006, and my third book, a novella called "Mage Reborn" was published in June 2007. Two further novels, "Throb" and "Gnomads" followed, all available on Amazon as books or Kindles.

I also do some reviews for the British Fantasy Society, mainly small press and role play games and novels.

I am also into science fact, computers, watching videos, photography, electronics, RPGing, Karate, growing cactus, and loafing. I also like to walk my dogs and race formula three cars. (This last one isn't true, but the rest make me sound a bit nerdy.)

I consider myself to be on the ugly side of plain, short with a big nose, and a slim-running-to-fat type physique. I am quiet but deep, with a healthy disrespect for authority. In a former life I must have been one of the idle rich, as I seem to fit into the former very well, though the riches have yet to show up.

My philosophy on life is generally live and let live, but I have a low tolerance for morons. 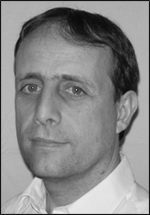